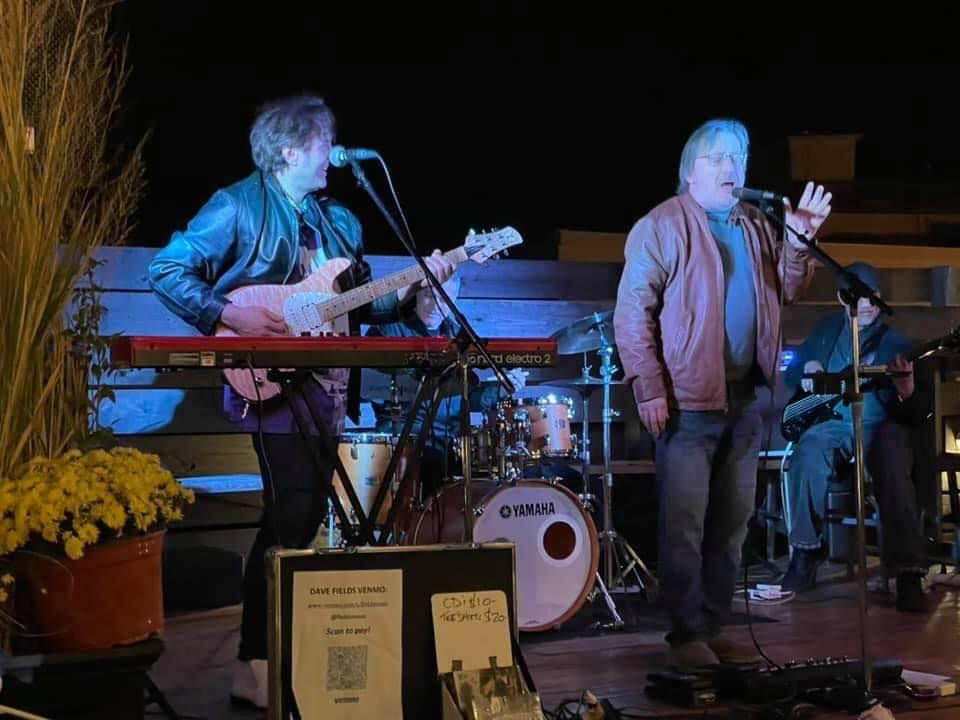 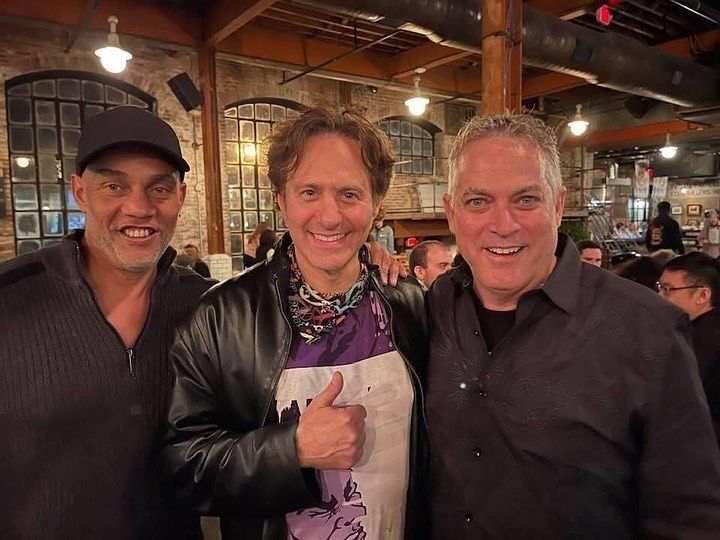 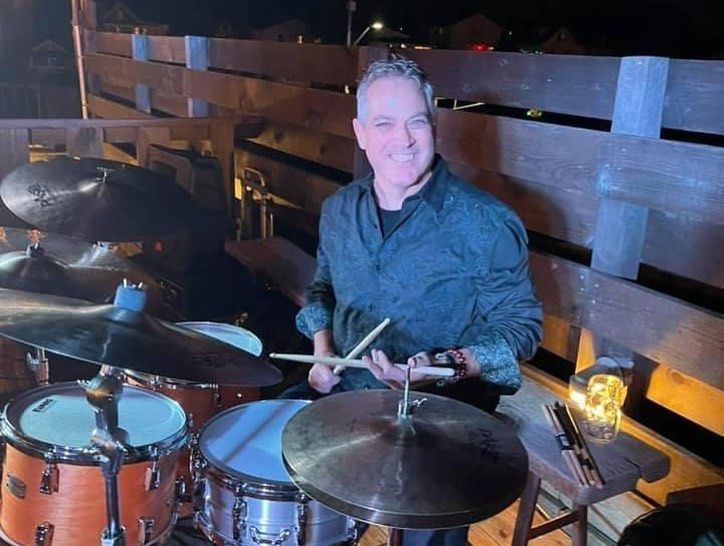 It was a great honor to appear at the Savannah Jazz Festival again this year with Howard Paul/Laurence Hobgood/John Lee and with Don Braden's Quartet.

We missed the wonderful typical 14,000 attendees but it was a joy to reach so many jazz fans through the television live streamed events. 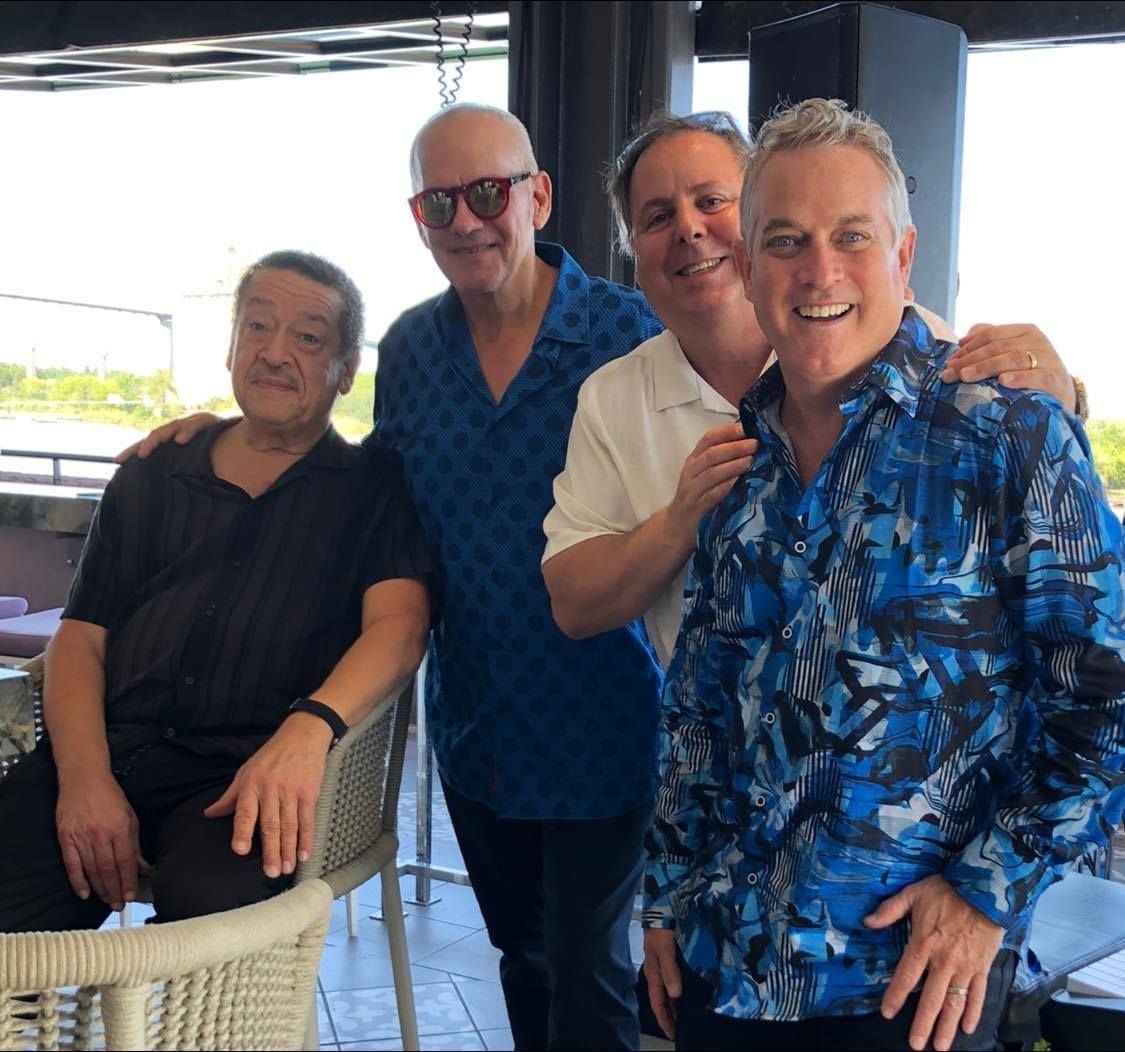 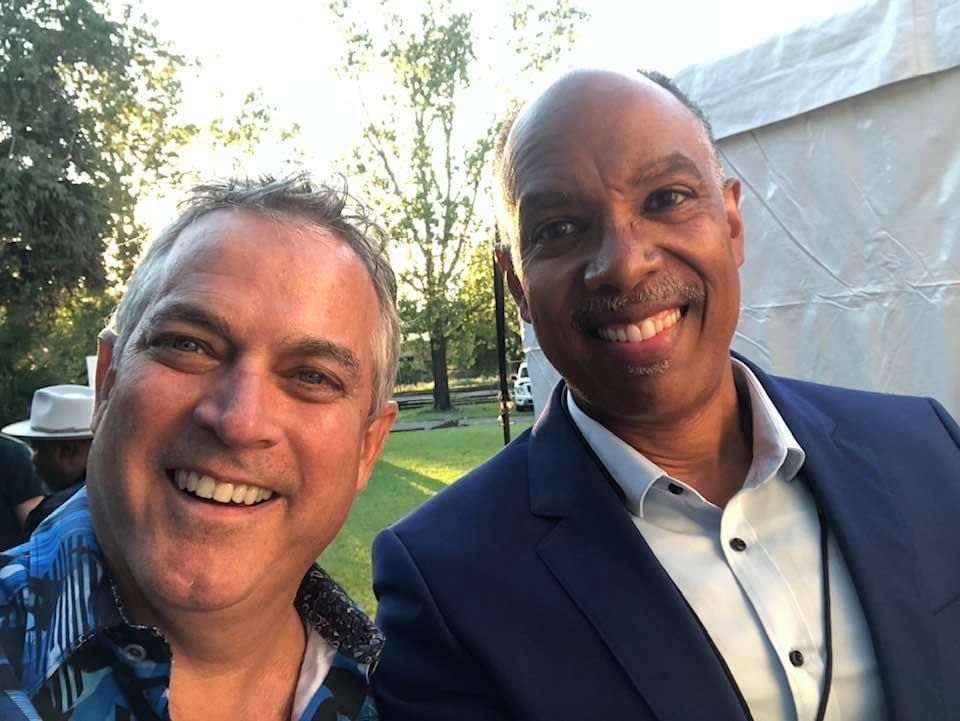 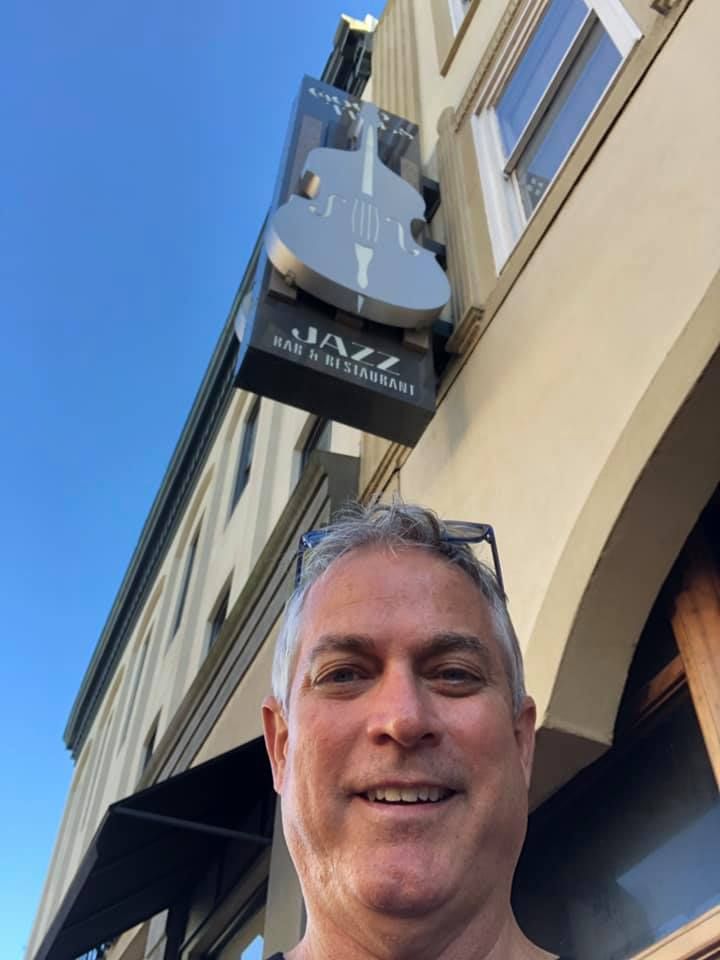 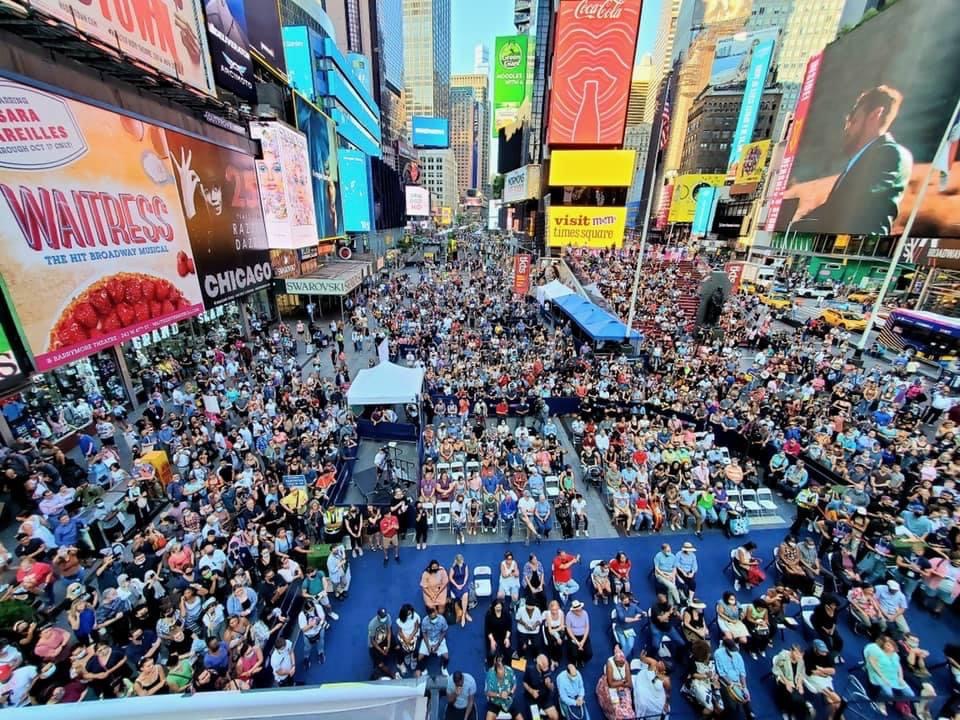 ¡VIVA! BROADWAY takes the main stage ¡Viva! Broadway is a celebration of Latinx talent in the Broadway community and helps bridge the world of Broadway with Latinx audiences. 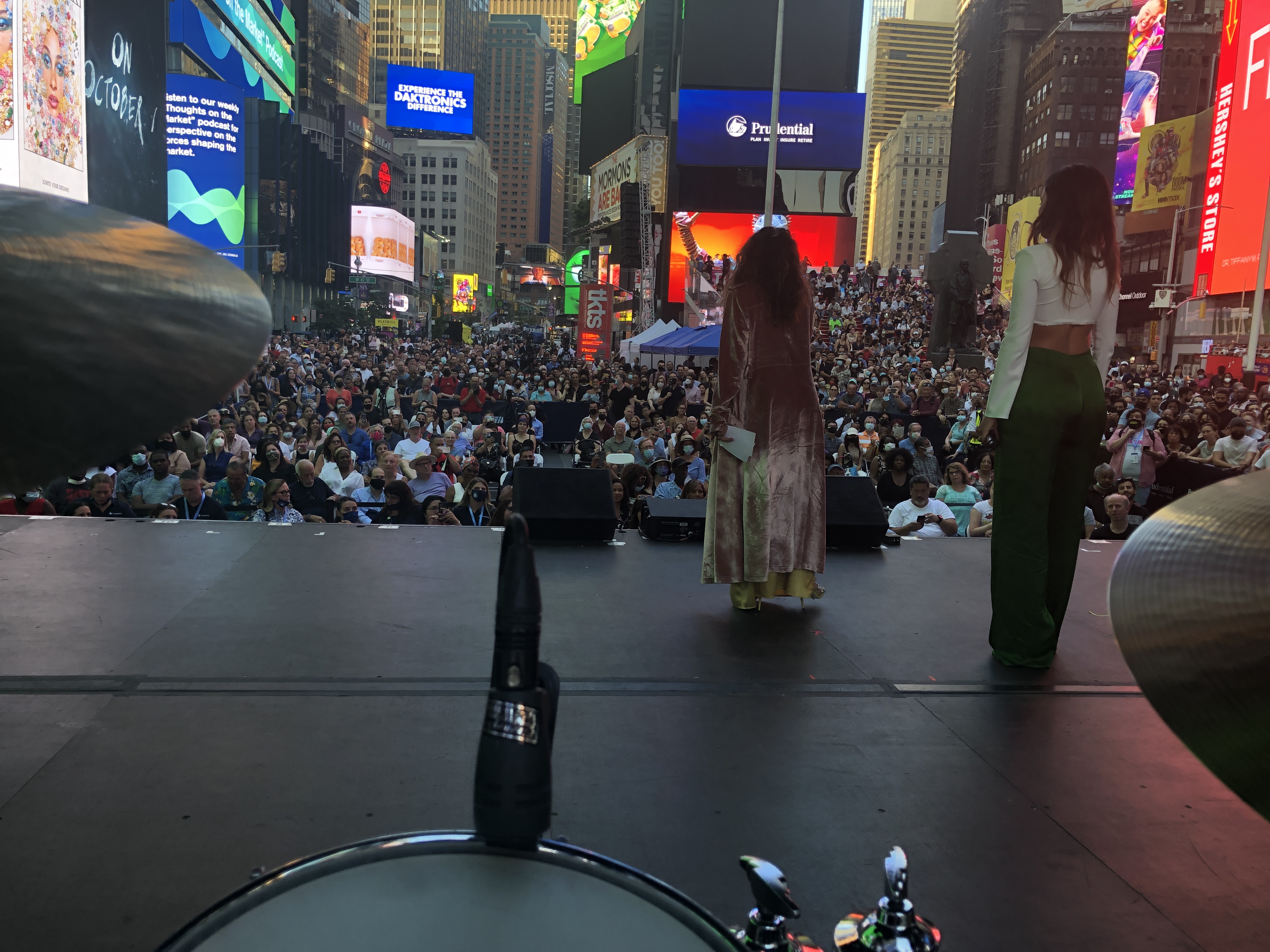 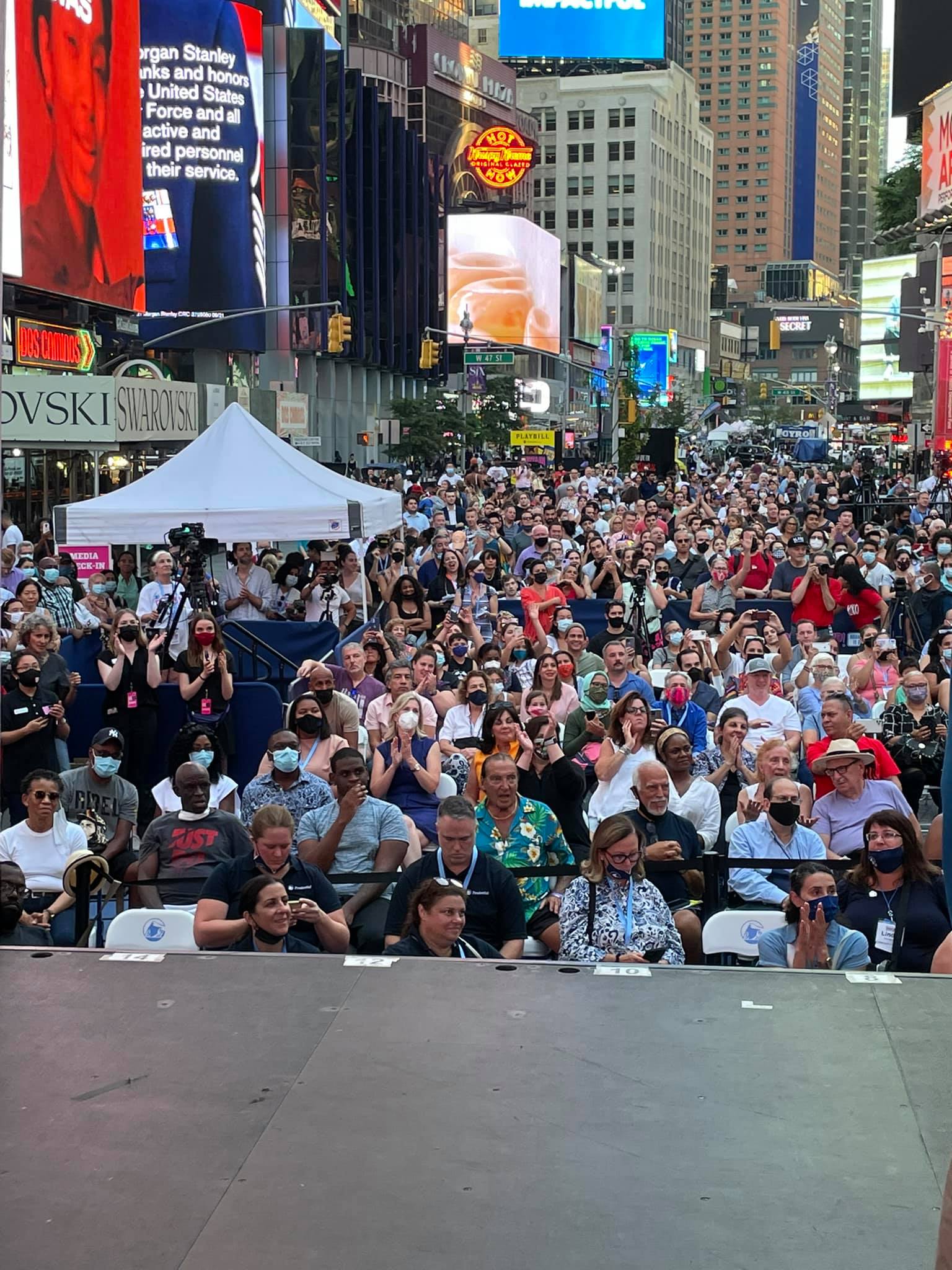 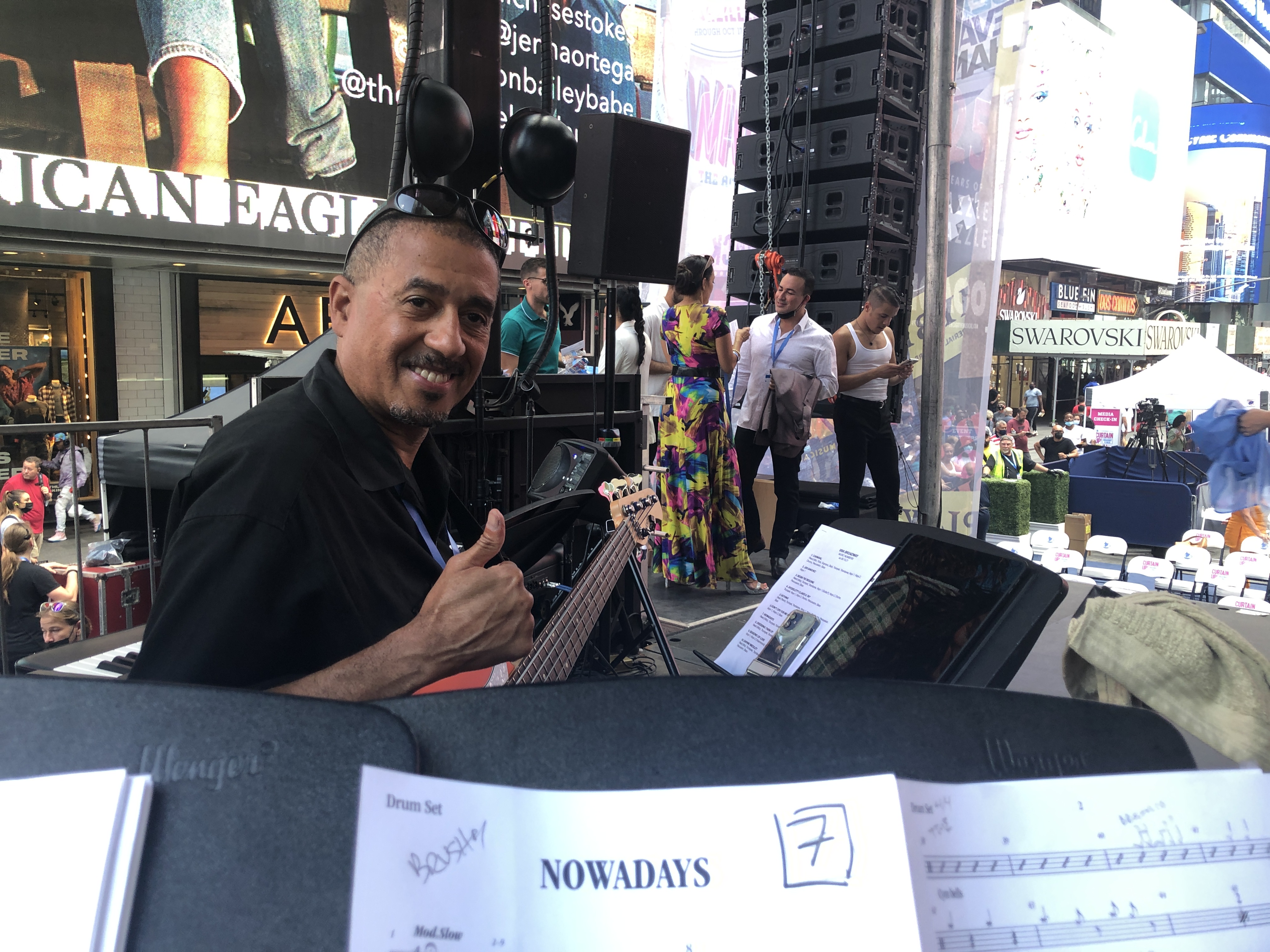 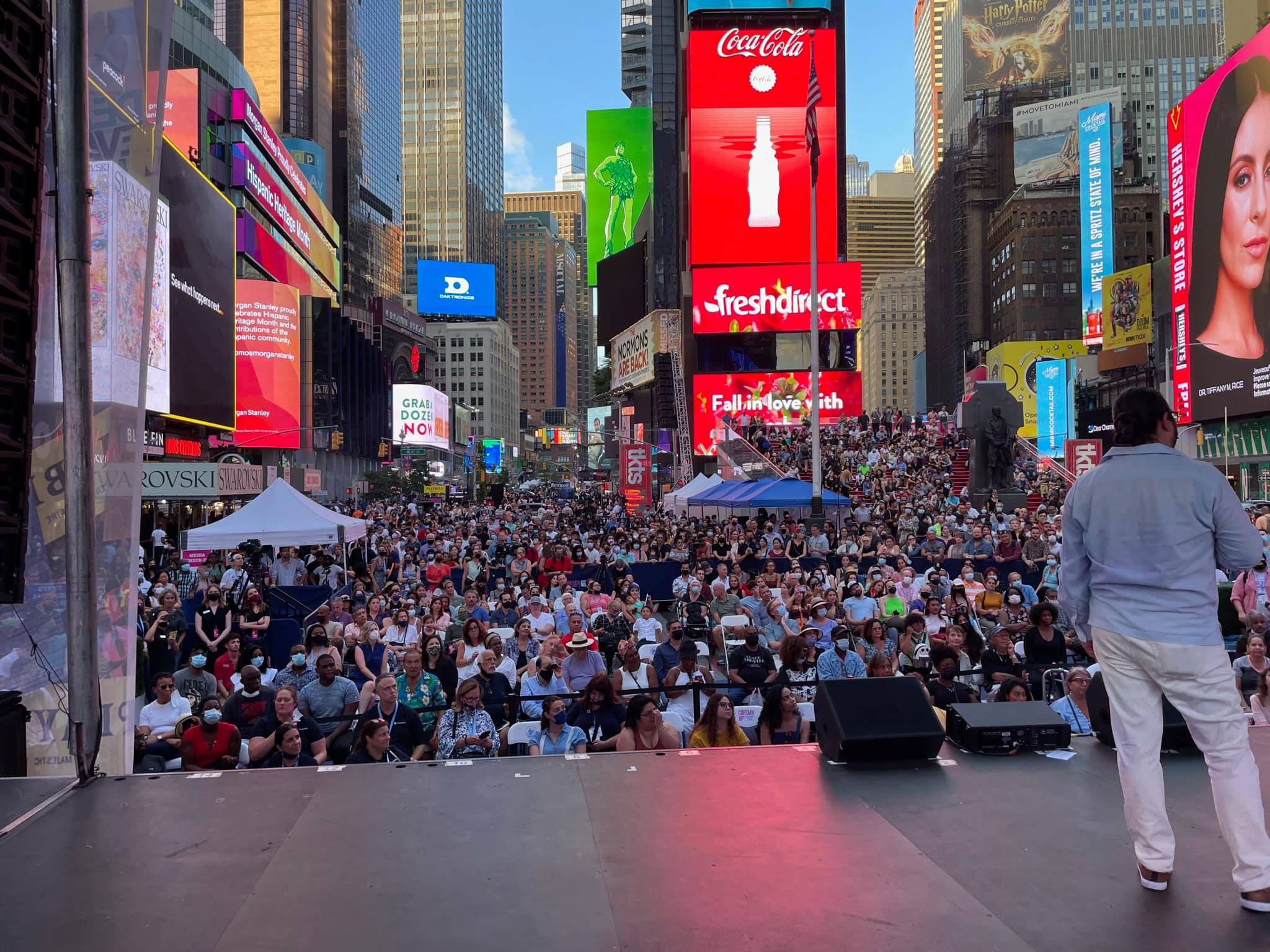 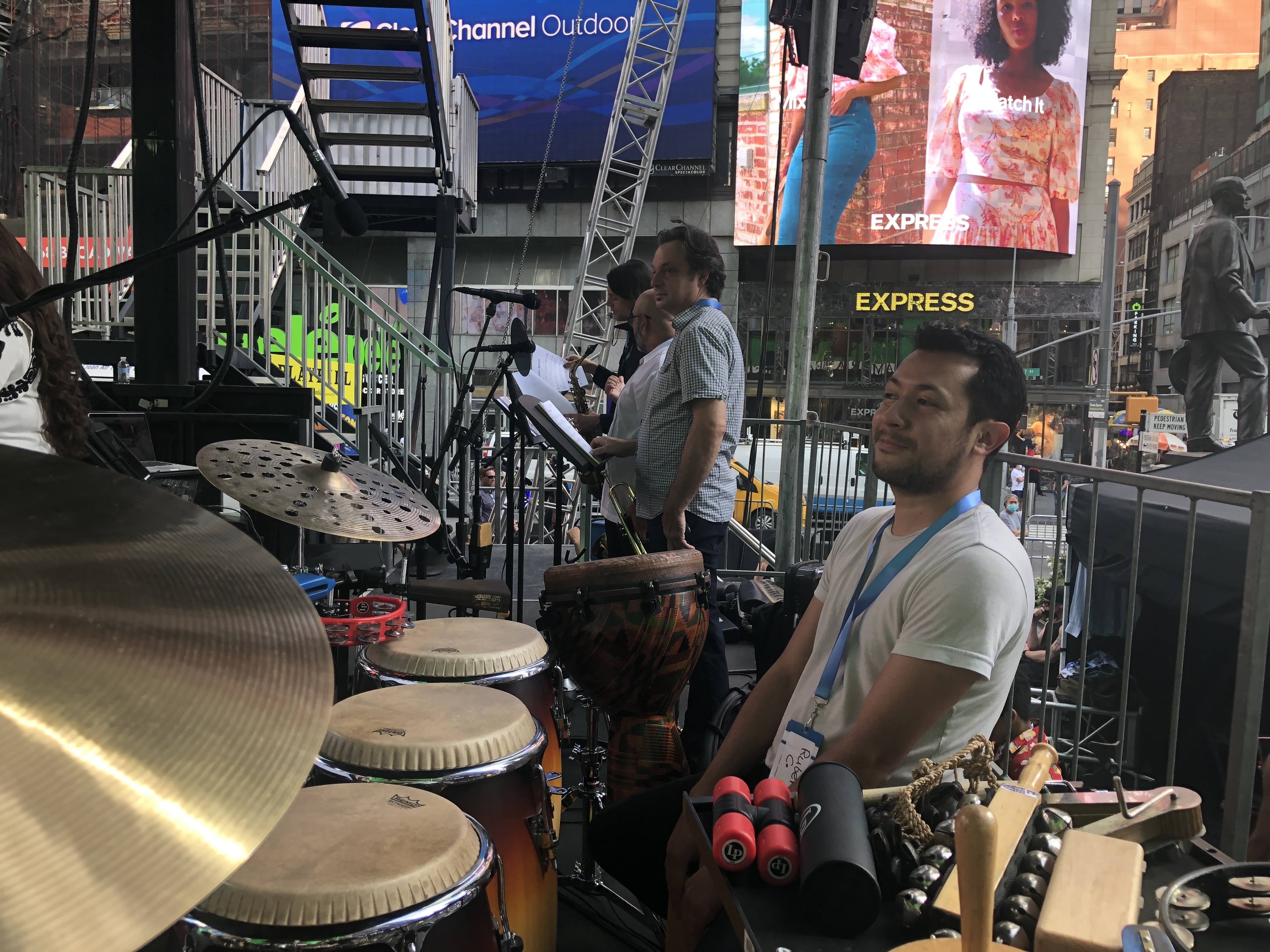 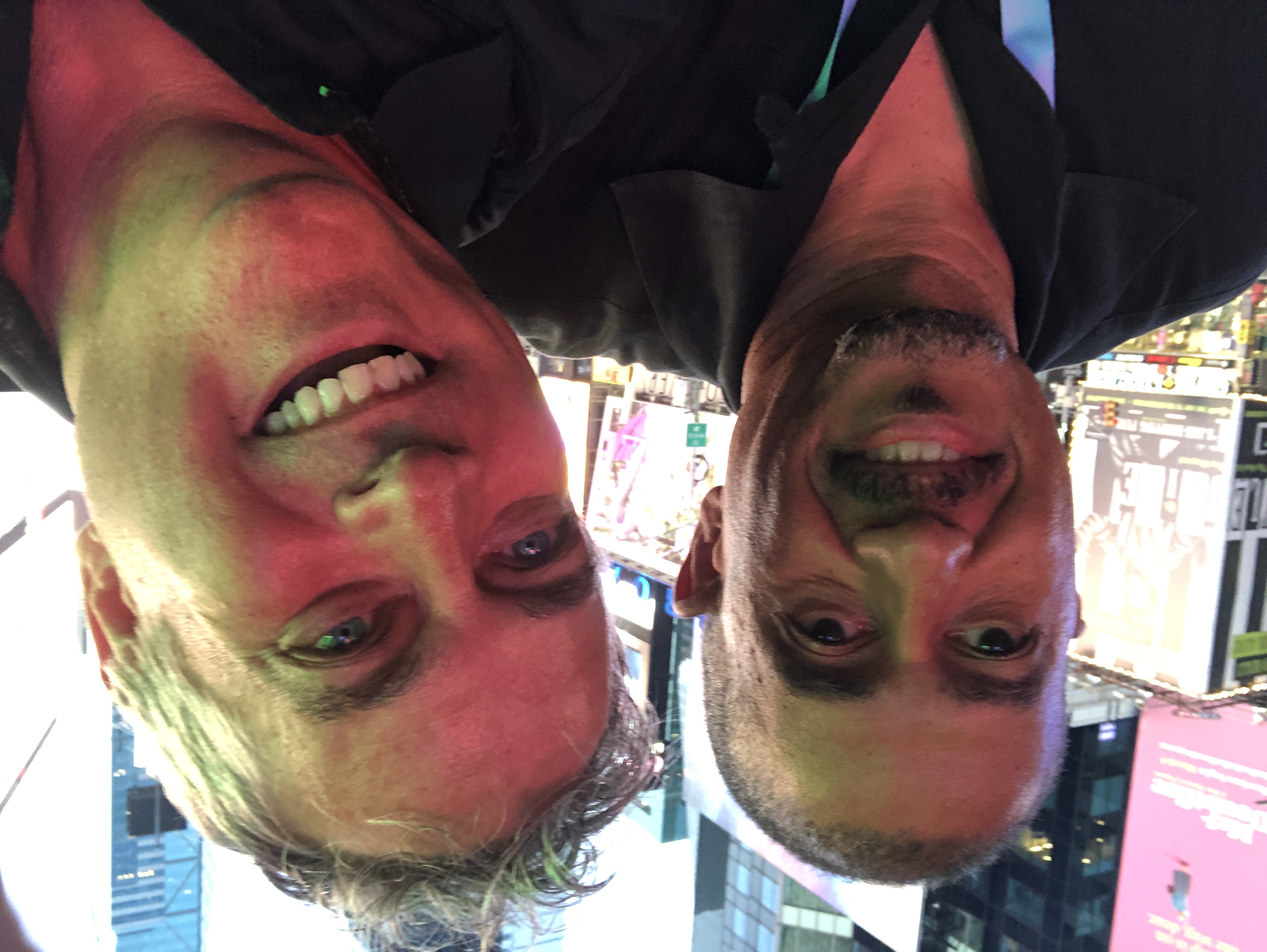 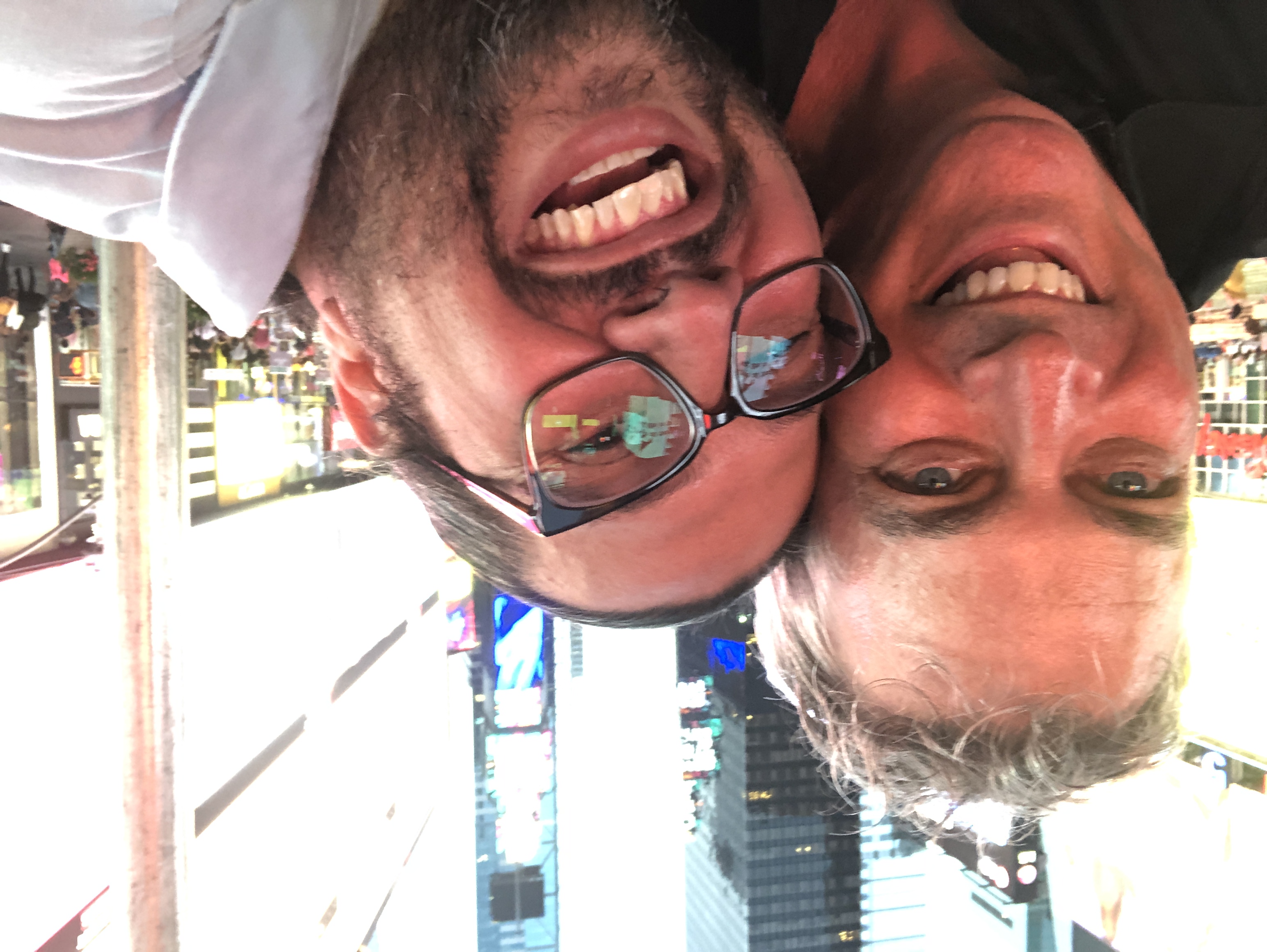 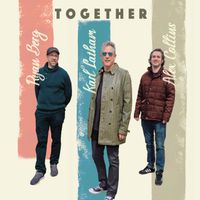 A collaboration between 3 esteemed musicians, Alex Collins, Ryan Berg and Karl Latham turn in some modern interpretations of timeless standards here, where their exciting interplay and no lack of solos make for a technical and adventurous listen.

“Stella By Starlight” starts the listen with twinkling keys from Collins, as Berg’s playfully plucked bass and Latham’s restrained drumming guide the frisky jazz climate, and “Alone Together” follows with a quicker pace of flawless dynamics between the trio, where flowing melody invades the precise song craft.

Halfway through, “On Green Dolphin Street” allows each player to shine in their own radiant light and which swings with much allure, while “Polka Dots And Moonbeams” takes a calmer approach amid much beauty that showcases keys as subtle drumming adds much to the reflective climate.

At the end, “Night Dreamer”, a Wayne Shorter tune, builds into a dizzying and meticulous display of modern jazz prowess, and “Invitation” exits the listen with fascinating finger acrobatics from Collins, though Berg and Latham’s contributions won’t go unnoticed on the highly intricate finish.

Let’s hope that these 3 aren’t done working together, cause their chemistry and arranging skills put a fresh coat of paint on already great tunes, essentially making them even more enticing in their contemporary jazz vision.

Together—what a splendid title for a piano-led trio whose members work hand-in-glove from start to finish on an album whose music may seem familiar but is approached from various garden-fresh angles and avenues by pianist Alex Collins, bassist Ryan Berg and drummer Karl Latham, who always keep the keynotes ingenious and engaging. Collins, the melodic ringmaster, is an adventurous yet tasteful machine-gunner, spraying notes and phrases with the technical mastery of an Oscar Peterson, while Berg and Latham are ever-ready to receive whatever he has to offer and lend it even more depth and radiance.

Among the session's strong points is the astute choice of material, five exquisite standards and one lesser-know but no less charming theme, Wayne Shorter's "Night Dreamer." Collins sets the compass on Victor Young & Ned Washington's lovely "Stella by Starlight," his single-note intro falling like gentle rain before giving way to the lustrous melody and a nimble solo by Berg. Latham introduces Arthur Schwartz & Howard Dietz' "Alone Together" and broadens the rhythmic pulse behind Collins' enterprising solo before Berg's voice is heard loudly and clearly.

Berg frames another splendid solo on the lovely "Green Dolphin Street," the first of two memorable compositions by Bronislau Kaper (the other is "Invitation," which closes the album). Collins is comfortably at home on "Green Dolphin Street," as he is on Richard Rodgers & Lorenz Hart's tender ballad, "Polka Dots and Moonbeams," the first two and one-half minutes of which are his alone for some of the more enchanting observations on the album, preceding heartwarming solos by Berg and Collins.

"Night Dreamer" is given a bright and forceful reading on which Latham bares his chops, while the normally mild-tempered "Invitation" is taken at a more rapid pace than usual, giving Collins one more chance to show his technical prowess and Berg and Latham reason to adapt to and cushion his divergent maneuvers. If your love of beautiful music is coupled with a passion for awareness, Together should be on your playlist. 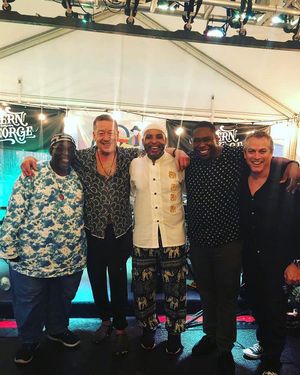 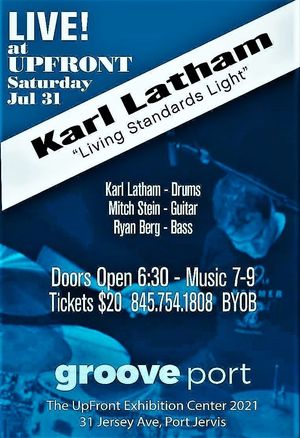 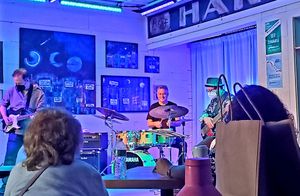 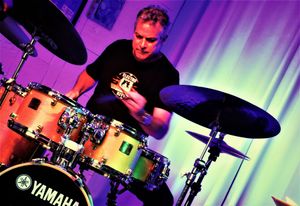 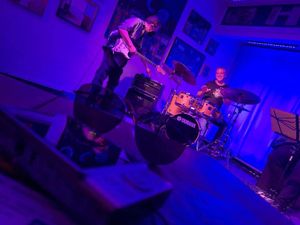 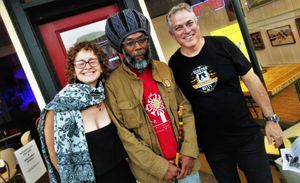 There’s nothing quite like ‘trio music’ when the players are as creative, talented and inspired as these three musicians.  On the well-loved tune, “Stella by Starlight” they open sweetly like a music box.  Soon, the spotlight turns to the bassist, Ryan Berg.  He basks in the light and thoroughly entertains us on his upright instrument.  When Alex Collins enters on piano, both his solo and style are stunning and unusual.  I am captivated by his approach on the piano and the freedom he exhibits, with Karl Latham slapping the drums into high gear to perpetuate the excitement.  Sometimes it sounds as if two pianists are playing instead of one.  Alex Collins is extremely gifted.

Drummer Karl Latham has produced this session.  Karl is listed on the DrummerWorld ‘Top’ Drummers List.  He is also the Recording Engineer on this project.  The clarity he captures is wonderful.  His talents are prominent and exploratory on “Alone Together” a song usually recorded as a pensive ballad.  In this case, the trio has double-timed the arrangement and the tune streaks by on humming bird wings.  Latham takes a long and inventive drum solo on this piece, until the time resolves, slowing down to wrap us in a warm, somewhat classical piano arrangement.  The creativity presented by this trio is dynamic and much appreciated.

Alex Collins is a composer and arranger, as well as a uniquely talented pianist.  He’s performed with Michelle Coltrane, Gerry Gibbs, The Dizzy Gillespie All-Stars, Lennie White and in 2003, Collins received the Wynton Kelly Jazz Foundation Award for Jazz Achievement.

When you combine these three exceptionally talented individuals, you get an opportunity to hear what the perfect jazz trio should sound like, under the best of circumstances.  This is an album I will enjoy time after time, year after year, always discovering something fresh and exciting to please my jazz palate.  Their music is absolutely delicious! 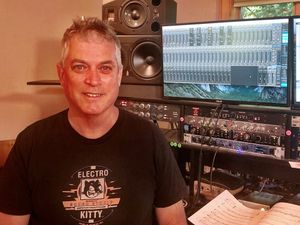 Fort Lauderdale, Florida, July 21, 2021 — Karl Latham is a one-man drumming machine. As a jazz drummer, educator and recording engineer, not a day goes by where Latham isn’t working or recording in his home studio with his RME Fireface UFX audio interface by his side.  Latham first discovered RME’s interfaces in many studios when touring and recording in Northern Europe in 1993. While the original UFX model was replaced by RME in 2017 with the best-in-class Fireface UFX+, Latham still uses his original UFX on a daily basis, with the unit playing a central role in his home studio workflow for the last 8 years.“I can’t express how much I love this piece of gear,” Latham said. “It literally beats every requirement I would ever have — from the stability to the sound quality to the ease of use. I’ve been using my UFX for just shy of a decade, and it’s still completely stable.”

From recording and self-producing his new album with NYC bassist Ryan Berg and pianist Alex Collins “Together” — released in June — to contributing drum tracks for numerous demos, artist releases and jingles, Latham’s RME UFX serves as his main interface, routinely running 24 tracks out of it.

“I run it as the front end to Pro Tools,” Latham explained. “I have a rather large home studio, designed by venerable studio designer John Stork. My entire house is wired to record in, so the UFX plays a very key role.”

Collins, Berg and Latham’s new album “Together” features such jazz standards as “Stella By Starlight,” “On Green Dolphin Street” and “Polka Dots And Moonbeams.” The project was born out of Latham’s lockdown livestream concert series, “Concerts from the Cabin,” where Latham invited friends to play socially distanced at his home studio in New York.

“I created ‘Concerts from the Cabin’ just as a place for musician friends to come over and play socially distanced and provide an outlet for us to stay musically in contact with friends, family and fans,” Latham said. “Basically, it was for my friends who are primarily performers to simply try to stay sane. I learned how to operate [free streaming platform] OBS Studio and, while I knew nothing about video, I bought some lights and a pile of webcams, cables and hubs — it was all trial and error.”

“We never rehearsed,” Latham said. “We just simply wrote a short list of each session of songs we collectively knew. We didn’t really discuss interpretations or forms, we just played.”

Initially, Latham envisioned a compilation ‘best of’ release of the streams, but after going over the streams with Ryan and Alex, he changed his mind. The album “Together” was the result of listening back to one the livestream events.

“The events with Ryan and Alex were so special that I thought it deserved all of my focus,” he said, adding that all of the streams also utilized the Fireface UFX interface. “I ran my entire studio flow capturing all the live instruments, MIDI for virtual instruments and sent that audio to OBS. Many fans said the livestreams sounded like a recording, not a live concert.”

While recording and producing “Together” at his home studio, Latham said the UFX’s sonic excellence and stability were key.

“The unit is ridiculously stable,” he said. “And the sound characteristic is exactly what I’m looking for. It’s completely neutral, letting the nuisances of the music speak for itself. It doesn’t color the audio at all which is important to me as both a musician and a producer.”

While Latham has been using his Fireface UFX for nearly a decade, he said the sound quality and stability are still bar-none.

“There’s just nothing like it on the market,” Latham explained. “RME products are unparalleled in their sonic clarity, ease of use and versatility. There is no better bang for your buck.”

For more on RME, visit: rme-usa.com.

I am honored to announce that I was selected this year to an appointment to the Percussive Arts Society Education Committee commencing July 2021. I am honored by the appointment and look forward to serving on the committee and subcommittees within the PAS Education Committee. I finally will start making some instructional videos as I have been promising to my college and private roster students for a long time now.

Humbled and Honored thank you to Dave Stark for recommending me!